What is the Definition of a Pressure Ulcer?

“A pressure ulcer is localised damage to the skin and/or underlaying tissue, usually over bony prominences (or related to medical or other device), resulting from sustained pressure (including pressure associated with shear). The damage can be present as intact skin or an open ulcer and may be painful”.1

The standardisation of the definition was accompanied by the standardisation of categorisation (also known as grading) of pressure ulcers. NHS Improvement (2018)1 updated their guidance in March 2019, recommending that pressure ulcers should now follow the EPUAP (European Pressure Ulcer Advisor Panel), NPUAP (National Pressure Ulcer Advisor Panel) and PPPIA (Pan Pacific Pressure injury Alliance) categorisation of pressure ulcers using 1-4, DTI (deep tissue injury) and unstageable1. They also advised to standardise to the terminology of ‘category’, instead of ‘grade’.

It’s important to remember, the skin is one of the largest organs in the body, measuring around 1.5-2m2 in adults, and weighs around 15% of the total body weight.2 It is a vital organ and provides use with important functions such as, protection against wear and tear, infection, UB rays. It also provides:

Therefore, when this system is damaged or comprised through pressure ulcer development, surgery, or illness it may have an impact on the function. 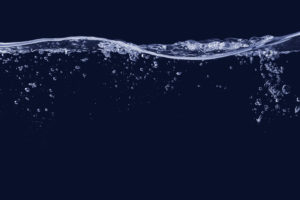 Part 1: The Science of Surfaces Series

Complications of Immobility in the Elderly